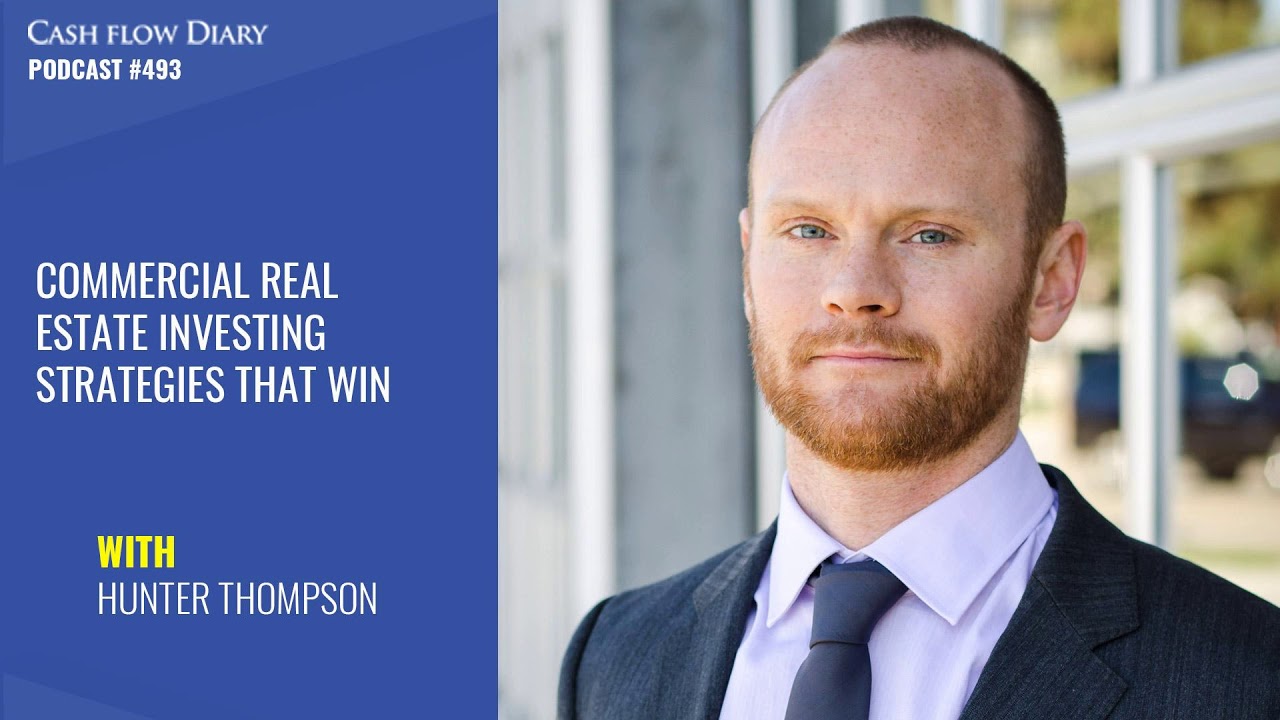 Investment Strategies
Share on Facebook
Share on Twitter
Share on Pinterest
Share on LinkedIn
Hunter is a full-time real estate investor and founder of Cash Flow Connections, a private equity firm based out of Los Angeles, CA. Since starting CFC, Hunter has helped more than 250 investors allocate capital to over 100 properties. He has personally raised more than $20mm in private capital and controls more than $60mm in commercial real estate.

Hunter has been featured in Forbes, Globe St., Inside Self-Storage, as well as a variety of other media news outlets, podcasts, and radio shows. Hunter is also the host of the Cash Flow Connections Real Estate Podcast, which helps investors learn the intricacies of commercial real estate investing strategies from the comfort of their home, car, or office.

Who is Hunter Thompson? Hunter realized he was an entrepreneur as soon as he understood what money was all about. At a very early age he had been obsessed with providing for his customer’s needs.

When Hunter was in highschool, he was running events and providing DJ services for other highschool students. After poker became a mainstream competitive activity, Hunter had decided to become a professional poker player. He moved to California and fell in love with the state and decided to stay even after poker was no longer an interest for him.

The ability to make decisions with a limited amount of information gave Hunter a good foundation once he transitioned into real estate. Once the government made playing poker online illegal, he had to make a decision about what to do next. This crisis in the poker world also created a unique opportunity for people to invest.

Decision Making When the stock market took a nose dive in 2008, Hunter wasn’t already invested so instead of getting crushed by the decline, it was an opportunity to invest when the market was low.

Most people are trying to accomplish the same basic things financially, predictable outcomes and cash flow to pay off their expenses. The problem is the stock market is not a great vehicle to accomplish those goals.

The European debt crisis led to Hunter realizing that economic circumstances across the world could devastate his portfolio which led him to look for ways to mitigate those risks, which is where his real estate investing strategies came in.

You don’t need piles of money, you need streams of income. There are many different paths to success in real estate to achieve that.

Earning Trust Knowing who to bet on is the key to establishing a good track record. Understanding the systems that others have put in place is a way to establish trust, you can leverage the work that other people have already put in and shorten the curve considerably.

Early success often leads to the belief that success comes easy. After running a live event with the goal of drumming up investments generating literally zero buy in, Hunter realized that even with success business can be a challenge.

The reason the event was unsuccessful is that it required a pseudo religious experience for the people attending and their beliefs to radically shift from faith in the stock market to something completely different. Creating a infrastructure that attracts investors to you rather than chasing people is much more effective.

Commercial Real Estate Investing Strategies People not in the business have pretty much no idea what a real estate deal really looks like. Having data to backup your ideas is always a good plan.

We are currently in the 111th month of the expansion cycle of the market, nearly the longest period of economic growth in history. The way that mania happens is a change in mindset where people start to think the current state is the new normal.

50% of the wage earners in the United States make $30,000 a year. When looking for investment vehicles, Hunter looks for investments that perform in all stages of the economic cycle. Investments like mobile homes and self storage make the most sense.

Investments where the tenants act like they own the place they live are generally the ones you want to consider. Finding the right operational partner takes the most work so when you find a good one make sure you treat them right.

Self storage is recession resistant because people typically use them during transitional periods, many of which can be brought on by a recession.

The benefits of single family homes is the simplicity in the asset class, which is great for the average investor. But a self storage investment has a lot of room for optimization, which means they have a higher opportunity for major gains for someone who can manage it well.

Hunter’s Takeaway The most important thing you can do is educate yourself. The content available today puts the info that was available 8 years ago to shame. Go all in on education and you will become a better investor. Focus is the keyword.