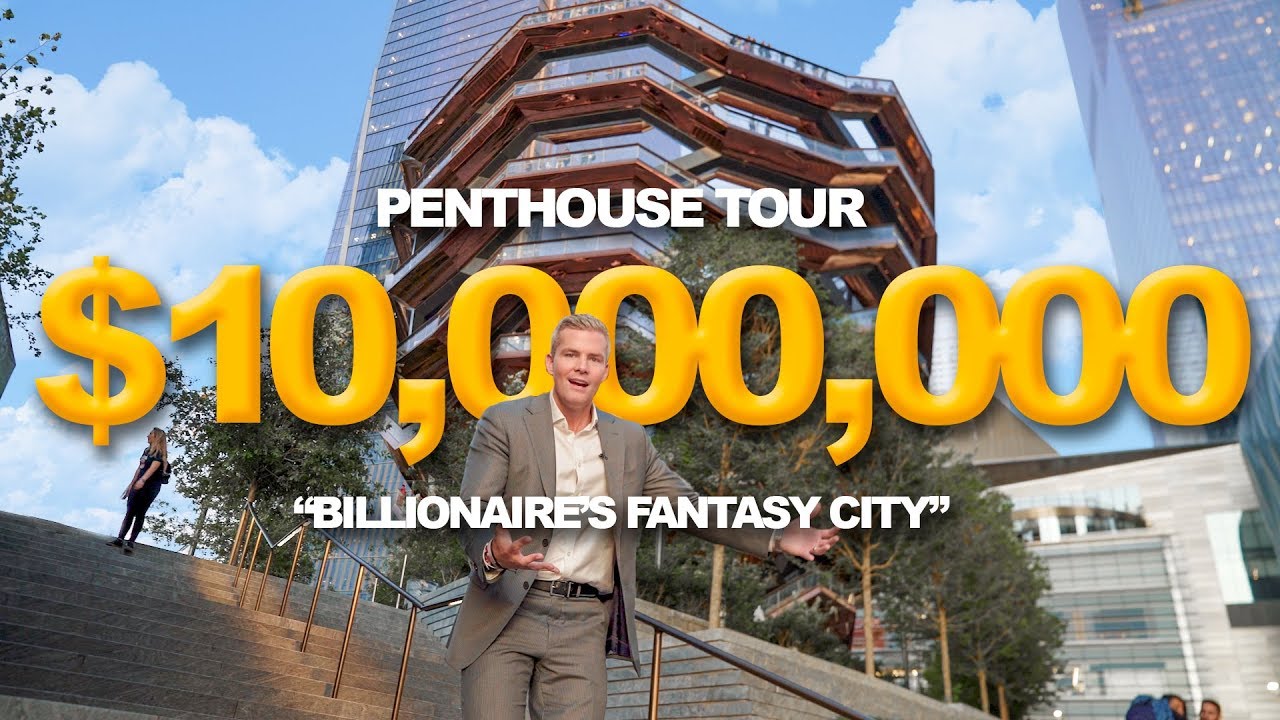 Husdon Yards is New York City’s newest hot spot, earning it the nickname of “Billionaires Fantasy City.” SO, my team and I decided to create a neighborhood just south of Hudson Yards. I call it SoHY (South of Hudson Yards) Get it? 😉 I’ll give you a sneak peak of what it’s like to live in a $10,000,000 penthouse and watching movies with luxury 4K projector over sunset just outside of “Billionaire Fantasy City.”

—–
Ryan Serhant began his first day in the real estate business on September 15, 2008 – the same day that Lehman Brothers filed for bankruptcy in the wake of the subprime mortgage collapse. While the real estate sector has steadily recovered, Serhant himself has quickly become one of the most successful brokers in the world, with agents under his leadership in New York City, Los Angeles, Miami and the Hamptons. The Serhant Team has been named by WSJ Real Trends as the #1 real estate team in New York for two years in a row, and the #2 team in the country, selling close to $1 billion in real estate last year. Ryan is consistently the youngest broker to make the Journal’s top ten list each year.

Ryan stars in the popular Bravo series “Million Dollar Listing New York,” which just wrapped its seventh season. On September 18, 2018 – the week of his 10-year anniversary in real estate – he will debut his first book, Sell It Like Serhant. When pre-sales were announced, Ryan was #1 on Amazon’s daily list of “Movers and Shakers.” As star and producer, this year he also debuted his new Bravo show, “Sell It Like Serhant,” started a successful vlog (www.youtube.com/ryanserhant) and launched an app (Agent Empire: NYC). There is nothing Ryan can’t do. His motto communicates his professional and personal philosophy, “Expansion. Always. In all ways.”

Three Questions To Ask Before Investing In Property Technology
BEST Real Estate Investing STRATEGIES For Beginners | 2020
Pandemic home remodeling is booming: Here’s what your neighbors are doing
Fences add Value to Homes and Investment Properties Flip Anything USA
My Thoughts On The 2020 Real Estate Crash